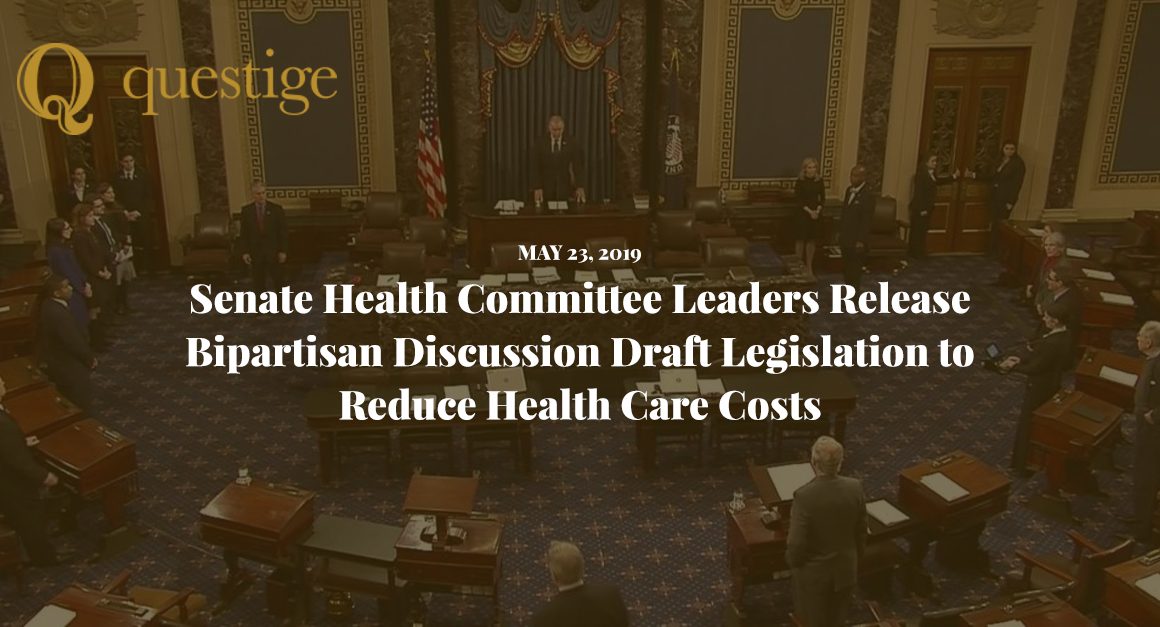 “There’s one issue I hear a lot about from Tennesseans, and it is, ‘What are you going to do about the health care costs I pay for out of my own pocket?’ Well, we’ve got an answer,” said Chairman Alexander. “Republicans and Democrats in the United States Senate have announced this proposal of nearly three dozen specific bipartisan provisions that will reduce the cost of what Americans pay for health care. These are common sense steps we can take, and every single one of them has the objective of reducing the health care costs that you pay for out of your own pocket. We hope to move it through the health committee in June, put it on the Senate floor in July and make it law.”

“The steps we are taking on important issues like surprise medical billing, drug prices, maternal mortality, and vaccine hesitancy show we can make progress when both sides are at the table ready to put patients and families first,” said Ranking Member Murray. “I appreciate the work Democrats and Republicans on our committee are doing and encourage Republicans to continue working with us on the many other health care challenges families face today—including threats to protections for pre-existing conditions as a result of President Trump’s health care sabotage.”

Since last Congress, the Senate health committee has held five hearings on how to reduce health care costs and four hearings to explore the costs of prescription drugs.

At the conclusion of the last Congress, Chairman Alexander sent to the American Enterprise Institute, the Brookings Institution, governors, state insurance commissioners, doctors, hospitals, patients, and innovators a letter asking for specific recommendations about what Congress could do to help lower the cost of health care services. The Senate health committee plans to mark up this legislation, which is based on those hearings and recommendations, by the end of June.

The Chairman and Ranking Member also commit to continuing to work on two policies with the aim of inclusion in the June markup: the Prescription Drug Rebates Reform Act of 2019, introduced by Senators Romney and Braun, and the Fair Accountability and Innovative Research (FAIR) Act, introduced by Senators Baldwin, Braun, Smith, and Murkowski.

The Senate health committee is requesting comments on the discussion draft. Comments must be submitted to LowerHealthCareCosts@help.senate.gov by 5 PM on Wednesday, June 5, to be considered.